Mochi (も ち), sticky rice cake from Japan are an important part of the Japanese food culture. They are inextricably linked to „Shogetsu“, the Japanese New Year.

The „Mochi Tsuki“ is the traditional pounding of Mochi just before the end of the year. Rice is sacred in Japan and has been given to the people by the gods. This is why, according to the tradition, the Mochi pounding combines the sacred power of the rice. For this reason, Mochi are sacrificed to the gods.

Mochi can be sweet, for example filled with Anko or hearty eaten. So there are Mochi, which are eaten as snacks. Those are very satisfying. Others are served as sweets.

They are either pounded from sticky rice or made from sticky rice flour. Mochi consist of rice, water and sugar.
From the consistency, the outer is sticky, but tender and melted while eating on the tongue. From manufacturing, they are easy to make.

Numerous Mochi dishes can be found in Japanese cuisine. A Mochi dish is Gyuhi.

Another name for Mochi is „Daifuku“.

For the Japanese, rice cakes are a lucky symbol. They are exhibited at the New Year’s Ceremony as Kagami Mochi.

Even if they are called „rice cakes“, they have nothing to do with European cakes. They are rarely baked and contain neither fat nor eggs.

Making Mochi itself is not easy. You need the right ingredients, patience and experience. The rice cakes are healthy and gluten free. He is credited with strengthening qualities. They are strengthened in the case of blood poverty and breastfeeding women. Sometimes they are also enriched with Yomogi, Japanese wormwood.

In Japan it says that there is good Mochi only in the „Mochiya“, in the Japanese Wagashi retail store. „-ya“ means in Japanese store or shop.

In China a dough made of rice flour and water, raw stuffed and then steamed. In contrast, the dough is first cooked in Japan and then filled.

Japanese Mochidough is uncooked rather liquid. After steaming it is very soft. In other countries wheat starch is added to keep the dough soft for longer. He is usually only soft as long as he is still warm. The basic recipe is made directly from Japanese sticky rice. From it can be produced many different Mochivariations. 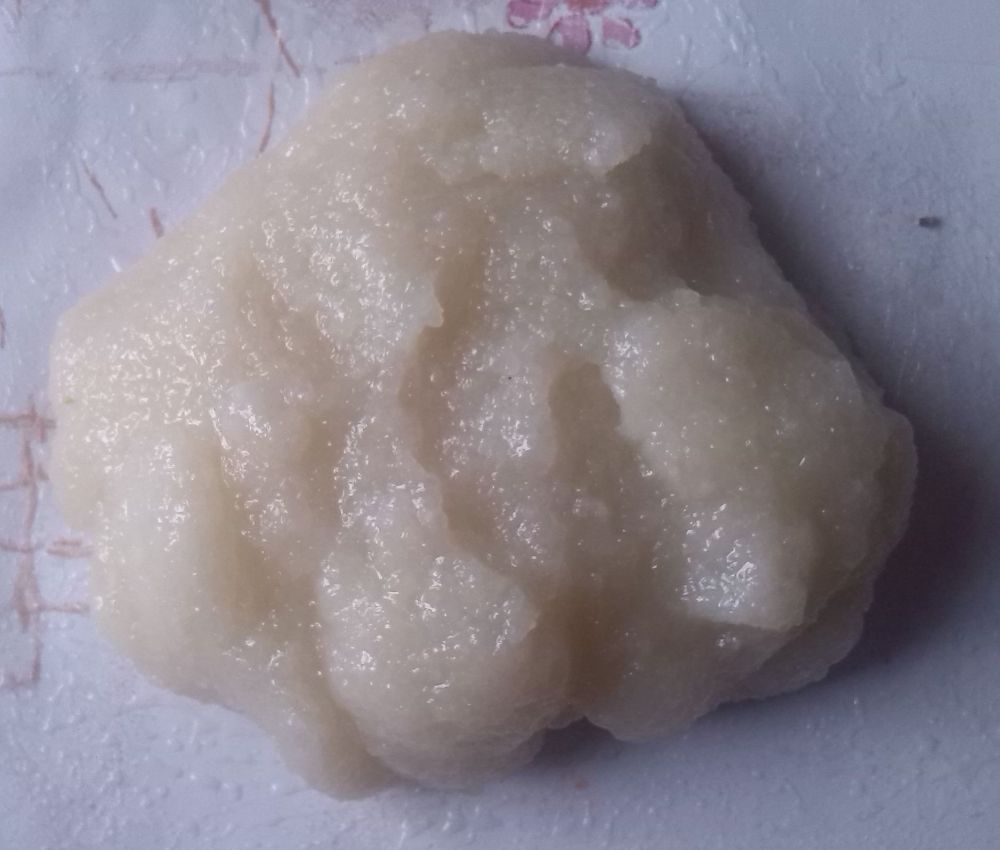 Here you can find my Mochi Basic recipe!

Here you can see the fastest mochi-pounding in japan.

More you can find at Wagashi Maniac.

An article about Ichigo Daifuku Mochi