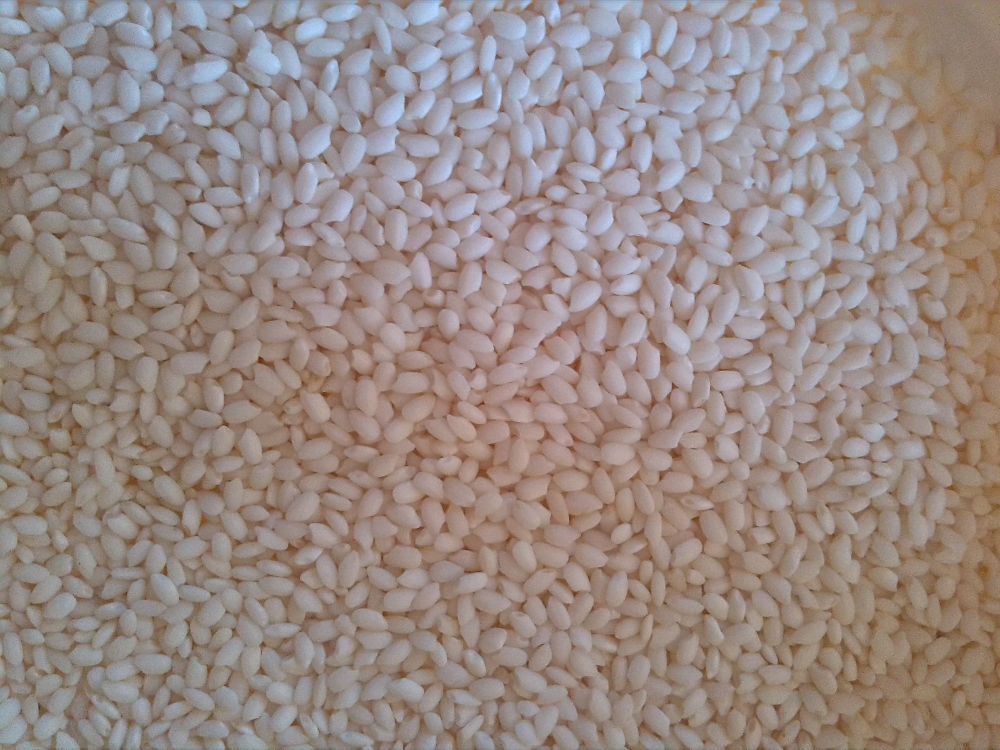 Finally comes the article! The correct rice! The Mochireis! I initiate a line of good on the subject of type of rice! I will introduce different Types of rice.

Mochigome (Oryza stativa japonica glutonisa) is a japanese round grain rice. It has very short, round opaque grains and is rich in amyl pectin (herbal starch), which means it has a high starch content. Therefore, the rice has strong adhesive properties after steaming. Mochigome is preferably not boiled, but steamed.

Please do not confuse him with Sushireis! The taste is different!

It is called „sweet rice“ because it has a mild pleasant taste. After cooking it sticks very strongly, which makes it perfect suitable for the production of Mochi.

Mochigome can also be used for making hearty dishes.

One sort of Mochigome rice is called Hakubai rice, which I have not tried yet.
At Wagashimaniac read that Rice from Okomesan should be very suitable, but I haven’t tasted this yet. In the case of the Okomesan rice it’s not said that it’s Mochigome.

So far I have made my Mochi with Hankukmi Mochigome rice, which was very tasty. In addition, it is reasonably priced.

It’s important not to take any Thai sticky rice! The other sticky varieties have different cooking characteristics and are not suitable for Mochi recipes.

Unfortunately, the classic Mochi recipes do not work with other rice. The consistency is a completely different one. This can go as far as the infertility of the Mochi, because your mass has finally become stony.

I will order and try the other two rice varieties.

Has anyone of you already made experiences with Mochigome rice? If so, what varieties and what result’s have you made?

7 Replys to “Mochigome – The Mochi rice”